10 Facts About The Monkeypox Virus 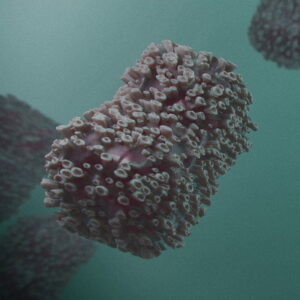 Monkeypox is a rare disease which has hit the headlines due to an outbreak in the UK centred in London.

Similar to smallpox, the disease causes flu-like symptoms such as fever and chills, and a rash/spots that can take weeks to clear.

Caused by the monkeypox virus, it’s a zoonotic disease, which means that it has jumped from a non-human animal to humans. Monkeypox is mostly found in areas of Africa but has been seen in other areas of the world and there are growing concerns about the increasing number of cases in the UK.

From 2018-21, the UK saw just 7 cases of monkeypox of which 4 were brought in from overseas and the other 3  were connected either as household contacts (2) or as a health care worker who was caring for an imported case. There was no documented community transmission in previous outbreaks.

However, 2022 has seen an outbreak of monkeypox in the UK with 1,735 cases confirmed up to 11th July of which 75% were resident in London.

99.4% of the cases were male, only 10 cases have been confirmed in female patients. The  majority of cases are among gay, bisexual, and men who have sex with men (MSM).

Leading organisations are calling on the government, the UKHSA and NHS England to take action to stop the spread of the disease.

Jim McManus, president of the Association of Directors of Public Health, commented:

“We must eliminate this outbreak. If it becomes endemic in any part of our population because it will cost hundreds of times more in pain, misery, harm and avoidable cost than eliminating it.”

“There is a clear choice in front of us: urgently do what is needed to tackle the spread of monkeypox or continue the lacklustre response to date which will mean the virus becomes endemic in the UK with more and more people impacted. More vaccines are vital to this.

“Monkeypox is overwhelming our world class sexual health services. Healthcare staff are doing a brilliant job on the frontline of the country’s monkeypox response – but they’re at breaking point, having to make painful choice between treating monkeypox and issuing PrEP or long-acting contraception and desperately in need of additional funding to urgently turn the tide.”

For those looking for a private, local and fast service, The Smart Clinics offers a private and confidential STI screening service at their sexual health clinics in London with no waiting lists. Note – Monkeypox testing is not available at The Smart Clinics. Please attend a local STI clinic if you need a test.

in addition, The Smart Clinics offers high quality Private GP healthcare in a choice of 4 London locations. The most popular way to access this is through the company’s medical membership scheme, but ad hoc appointments can also be arranged. It is easy to get an appointment at a time that suits you.

The Smart Clinics is a private healthcare company established in 2013, offering a membership-based alternative to NHS care for individuals and families. Vital health services include private GPs, travel clinic, sexual health, skin treatments, psychology, physiotherapy and much more. There are also a range of children’s services available, including immunisation and health visitors. The Smart Clinics brings together a host of medical professionals offering patients high quality health services in a choice of accessible London clinic locations.