Gout is a disease often associated with Henry VIII’s excesses or Dickensian characters, yet the disease is showing a startling increase in the UK. 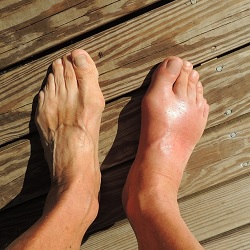 Gout is a form of inflammatory arthritis caused by high levels of uric acid, which is a chemical made when the body processes foods containing ‘purines’, which is found in high levels in red meat, game, liver, herring, scallops and beer.  Normally uric acid is excreted via the kidneys or the gut, but if too much builds up in the blood, it can crystallise in the joints. Areas of the body most affected are the feet and the big tow and symptoms can last around two weeks, causing excruciating pain.

The Increase in Gout

Around 1 in 5 UK adults are thought to have excess uric acid in their bodies – putting them at risk of gout. It affects 4 times as many men as women and a US study has shown that 76% of men with gout are likely to be impotent.

Gout is not always caused by bad diet and overeating – there are some slim and healthy people who suffer due to genetics – but the growth in those suffering with gout in the UK is thought to be due to obesity and drinking more.

Dr John Edwards, a GP research fellow at Arthritis Research UK Primary Care Centre at Keele University, says that obesity is a major cause – with evidence that unhealthy weight

‘increases uric acid production and reduces its elimination through the kidneys’

Some experts have suggested that people aren’t always having their condition managed correctly. NHS guidelines now recommend a prescription drug – allopurinol – that can prevent flare-ups, but because of the fierce nature of gout flare-ups, the focus of treatment for many tends to be pain relief during an attack using naproxen or steroid injections, together with dietary advice.

Although there are some risks of side effects from allopurinol which make some doctors cautious, a research study has shown that 92% of gout patients had safe levels of uric acid and fewer flare-ups after a year of sensible diet and allopurinol.

Further to a recent change in NHS guidelines, NICE – the National Institute for Health and Care Excellence – now recommends that anyone who has two or more gout flare-ups in a year should be started on a daily 100mg dose of allopurinol with an incremental increase over several months (up to 900mg a day) – with the therapeutic dose probably taken for the rest of the person’s life. 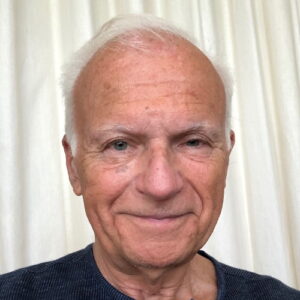 Dr Michael Spira, medical director of The Smart Clinics in London and author of a new book, Goutbusters, questions whether it’s sensible to delay starting patients on allopurinol until after two flare-ups in a year.

‘These days, gout should be a manageable condition’

About The Smart Clinics

The Smart Clinics is a private healthcare company offering a membership-based alternative to NHS care for individuals and families. The company has a team of highly experienced private GPs together with medical professionals offering patients high quality health services in a choice of clinics – Brompton Cross and Wandsworth.

For more information contact us on membership@thesmartclinics.co.uk or call  020 7052 0070.