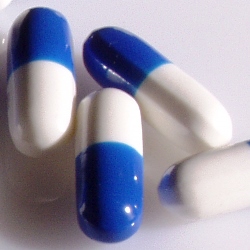 New research has been published, indicating that HRT medication could help to reduce the likelihood of heart disease.

The study demonstrated that women taking hormone replacement therapy medication during early menopause showed a possible slower progression toward atherosclerosis (hardening/thickening of the arteries) which can increase the risk of heart disease, heart attacks or strokes.

The HRT medication took the form of an oestrogen pill with or without progesterone gel taken  less than six years after their menopause began. Timing is important, as women taking HRT 10 or more years after menopause showed no difference in atherosclerosis progression.

The researchers from Keck School of Medicine at the University of Southern California published in the peer-reviewed New England Medical Journal of Medicine. They summarised their results saying:

“Oral estradiol therapy was associated with less progression of subclinical atherosclerosis (measured as CIMT) than was placebo when therapy was initiated within six years after menopause but not when it was initiated 10 or more years after menopause. Estradiol had no significant effect on cardiac CT measures of atherosclerosis in either postmenopause stratum.”

However, while the sample of 648 women and a double-blind approach give confidence in the figures, the study has been criticised for the lack of longer-term data on cardiovascular problems; as well as ambiguity on whether the differing rates of artery thickening are significant enough.

HRT can help many women with severe symptoms of menopause, providing relief from menopausal symptoms such as hot flushes, night sweats, mood swings, insomnia and loss of libido. It can also reduce a woman’s risk of developing osteoporosis and cancer of the colon and rectum. However, long-term use is rarely recommended and most experts recommend no more than 5 years. In terms of risks, combined HRT slightly increases the risk of developing cancers including breast, womb and ovarian. HRT also increases the risk of deep vein thrombosis (DVT) and pulmonary embolism (blockage in the pulmonary artery).

Women concerned about the menopause or struggling with the symptoms are encouraged to seek medical advice.

The Smart Clinics offers appointments with its team of male and female private GPs at two London clinics.

For private London healthcare, The Smart Clinics offer a unique membership based private GP service with access to a friendly team of experienced GPs and health professionals, which entitles individuals, families and corporate members to unlimited GP access for a monthly fee.