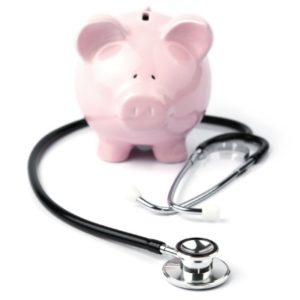 Figures have revealed that more patients are waiting longer for treatment and health tests on the NHS.

A shortage of radiographers has been blamed as one of the key reasons for delays in testing and scans. A Freedom of Information request by the BBC showed that 1 in 11 radiographer posts were vacant in April 2018, putting strain on provision of MIR, CT and ultrasound scans as well as X-rays.

The bigger picture shows strain on the NHS caused by a combination of an ageing population and a shortage of doctors and nurses.

For those wanting good access to GP healthcare, private GPs are an increasingly attractive option.

Many straightforward health tests can be arranged privately with faster access to appointments as well as results.

Doctor appointments are longer and more readily available too, with evening and weekend clinics making healthcare more widely accessible for those with busy lives.

The Smart Clinics in London was founded in 2013 and is an independent company with a genuine commitment to quality healthcare at the heart of the business.

The company is best known for its unique membership based private GP service with access to a friendly team of experienced doctors, which entitles individuals, families and corporate members to unlimited GP access for a monthly fee. The company is committed to providing access to healthcare, so appointments are longer, waiting lists are shorter and evening/Saturday clinics are available too.

In addition to doctors, The Smart Clinics works with an extensive group of healthcare professionals from dentists and osteopaths to dermatologists and nutritionists, helping their patients to take control of their healthcare issues and access early treatment and assistance.

The Smart Clinics offers a range of private health services at two London clinics based in Brompton Cross and Wandsworth.